The Kwayamaster, A Collection of Short Stories

BUY ON OKADA
BUY ON SELAR

From the City of Lagos, hails a phenomenon whose passion, energy and vision for music are matchless: Meet Frank FREO.N Ohikhuare, The “KWAYAMASTER”! This Nigerian born Ora genius from Okpuje, who began composing and singing his own songs since he was 7, comes from a family of music enthusiasts’, creative artistes and innovators. Frank grew up under a roof where all kinds of music was played on turn tables, cassettes and over the radio. His father, Macaulay MACO Ohikhuare, who he celebrates as his largest contributor to his sense of entrepreneurship and innovation, owned a chain of businesses including a film house, Music label and a music band, which he promoted and managed successfully.

As a master coach of the Voice, Frank’s unique sense of Precision and excellence allows him to achieve a grade of vocal dynamics that sound too good to be true. Thus, In the last decade, he has proven his authenticity as an ingenious vocal director.

To summarize Frank’s process, he attends to tone creation, textural harmonization and pitch definition with the intensity of a mad scientist, aptly combined with the precision of a chief architect, layering every piece of sound with the highest quality of tone achievable. He is uncanny, relentless, disciplined, unorthodox and yet clinical in his application of his techniques. He is a living college of vocal music, committed to learning, unlearning and re-learning, tuning music into the perfect language of the soul, for the performer and the audience alike.

A trusted name within the vocal and choral music industry, Frank has had the opportunity to work alongside several music performers in the capacity of arranger, vocal director, music director and vocal coach. Some of these artistes include Timi Dakolo, Adekunle Gold, Banky W, Tems, Omawumi, Waje and Johnny Drille, to name a few.

Frank consulted as Music Director and Vocal Contractor for Judikay’s Live recording of the Man of Galilee Album Project in 2019. He also directed music for Delta Yadah 10th Anniversary in 2019, from which Patuwaje King’s latest song: “All Power” Medley was released this year.

Frank is the Music Director of House of Freedom, a charitable organization in Nigeria that leads socio-cultural influence and transformation following Christian principles. Therefore, he serves as the music director of One Music, The Lagos Community Gospel Choir (LCGC) And One Nation band, which are comprised of all the musicians and vocalists within the organization’s churches. On any given Sunday, Frank can be found Directing Music for thousands of worshippers around Lagos in congregational worship, which is where he finds his greatest joy. He is fondly called “Mr. Cantata” and “Frank Cantata” by the church congregation, following his unprecedented successes in delivering breathtaking, professional, concert type productions for the physical and online worship audiences. A few of the concerts major concerts he has directed include: ‘Shekere’ – a concert of prayer songs led by Pastor Tony Rapu, as well as Easter Concert (2017-2019), Christmas Cantata (2016-2019), Freedom Rally (2016-2019) and Beyond Music 2019.

A musical connoisseur with many exceptional talents fused into one, Frank maximizes every opportunity to share his gift with the world; he’s on a mission to promote sociocultural influence and virtue through the musical arts. He believes great dreams are valid and achievable, for those who would dare to use their God given imagination. Frank carries a unique grace for kingdom projects, building, restoring, pioneering and perfecting assignments feared or termed impossible.

Frank is a devoted husband and family man. Some of his favorite pastimes include writing, cleaning, reading, research, and innovations that simplify learning, and life.

“My goal is to see people’s dreams come true, teaching them to achieve every intent which is currently feared impossible. My happiness lies in the realisation of the dreams, peace and happiness of communities of persons I am blessed to engage. I believe that human connections of love, friendships & family are what keep a community strong to brave all odds and win every time.”

Experiencing #TheKwayaMaster should be on everyone’s bucket list!
This Voice Technician and Precision Specialist hinges humor to clear-cut principles, serving you incontestible results 100% of the time.
Whether you are a beginner, an amateur, an experienced performer or just a passionate music enthusiast, sooner or later you will need professional coaching.
You can BOOK A SESSION NOW, custom designed to resolve all your unique difficulties, including: 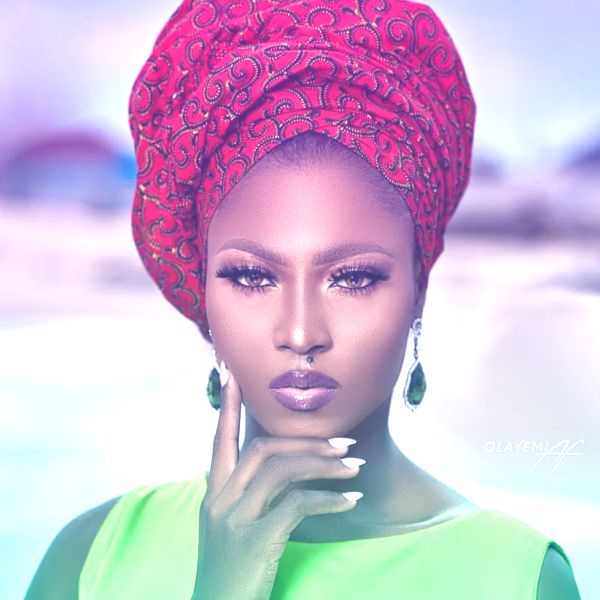 Barrister Frank – as I fondly call him- is a perfectionist, with how much attention he pays to details. I was under his direct tutelage from 2012-2013, where i undertook my first professional vocal, song writing and guitar coaching sessions. As my vocal coach he taught me that a perfect singing comprises of different components which are all important. As a song writer he educated me more on how to use figures of speech and rhymes to write timeless songs. These and so many other priceless mass of knowledge are what I gained from Barrister Frank. It definitely prepared me and has helped me in attaining the musical heights that I’ve reached so far. I still draw inspiration from him from time to time.
I would recommend Barrister Frank to any musician and poet who desire to have a solid career and I will jump at every opportunity I have to always learn from him. He is a complete package. Not only does he teach perfection, he lives it. 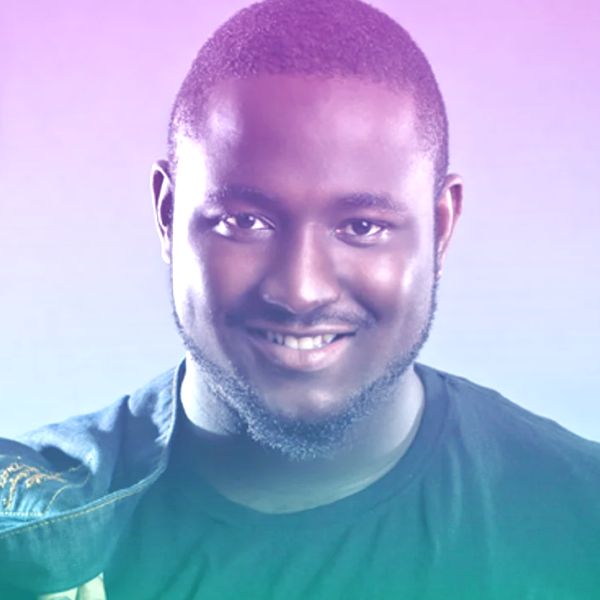 When it comes to vocalists and musicians there are very few people I respect with regards to the craft and Frank has had a spot on that list since the first day I met him. Notably, i have worked with him on 2 respective staged musicals based on his self written and composed songs.

Very rarely does working with someone leave such an impact on a person. It was really amazing meeting a person so connected to his music. I’ve always believed that the greatest ones are those who express the truth of who they are every time they sing. Couple that intricate beauty with a truly masterful awareness of the various nuances of music, and perhaps you might begin to truly grasp who Frank is as a singer and a coach. 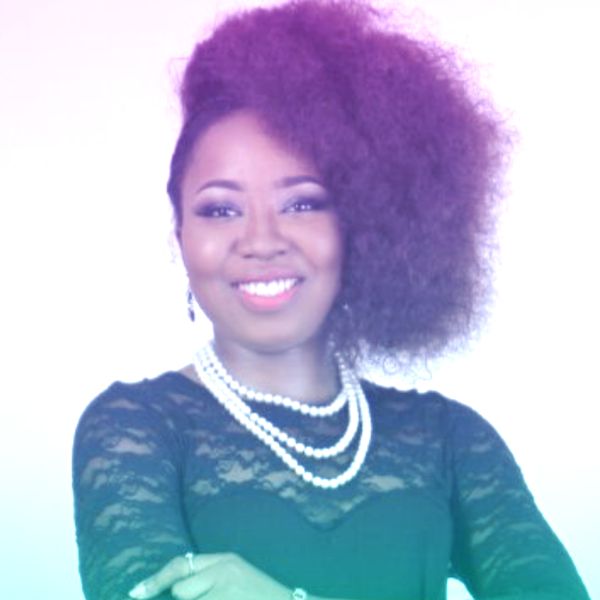 Here is a man i can put my money on (i hope that doesn’t sound corny). An exceptional singer, an amazing teacher and a creative composer, which is a combination you don’t find too often. The first couple of times i came in contact with him at House on the Rock Benin City, both in his singing and voice coaching capacities, two things struck me about him: how he manages to combine flexibility and discipline, a smoothness, dexterity and balanced ingenuity he consistently displays especially while at his voice coaching and team building sessions. I have listened to him teach and i have been inspired by him. So, i heartily endorse frank, and i am personally thankful he’s staying true to the art. 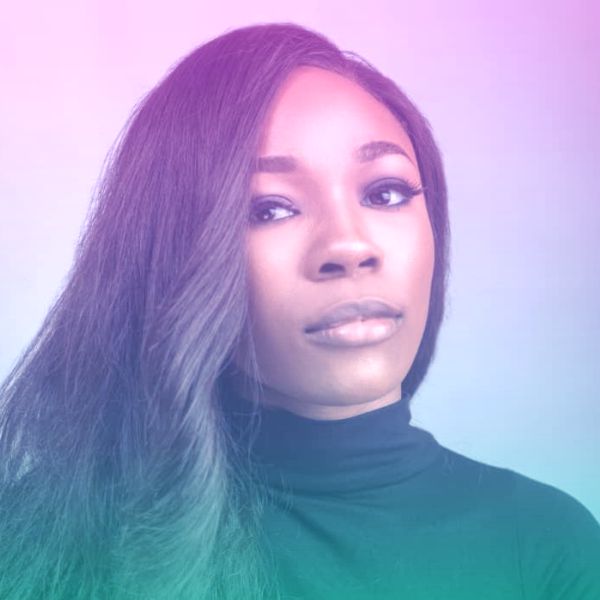 Frank is obviously good at what he does and anything he touches turns into gold. Many might not know this but the first is with himself as he has done a great job improving himself so much as he has related in many coaching sessions how he originally was never counted with those who possessed the ability to sing or make good sound, but his great passion and consistency has produced so much result in not just himself but with every other act that he has worked with.

I highly recommend Frank Ohikhuare as an amazing talent coach, a voice coach and beautiful singer, songwriter, and musician to anyone who’s wants to get their sound to the next level and see a great improvement in the quality of music delivered. 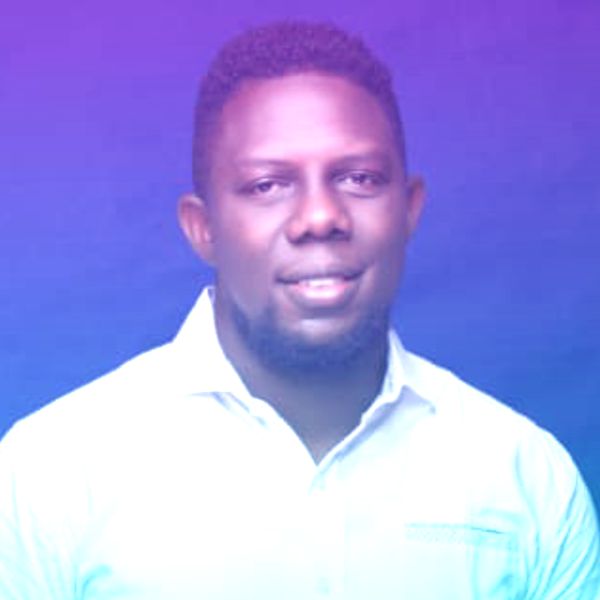 Frank Ohikhuare is a seasoned vocal trainer and skilled singer with years of experience under his belt perfected from functioning as a music director with various choirs and music teams over the years. I have worked with him for over 10 years. He is amazing song writer well acquainted with the deep value for words. He is music arranger like only an elite few in the gospel environment, passionate and deeply driven by excellent delivery of music presentations and ministrations on stage. 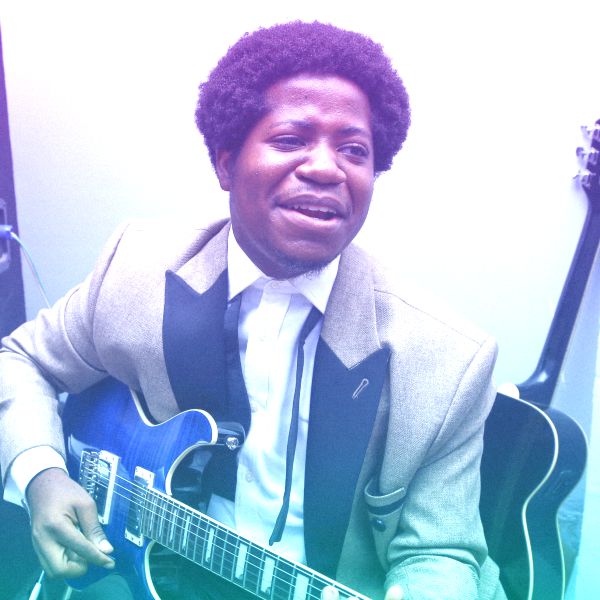 Frank Ohikhuare is one of the best talent coaches I’ve worked with thus far. His consistent drive for excellence and amazing mentoring and coaching skills has been a constant pushing force for me as a musician! As a guitarist under Uncle Frank (I am fond of calling him this) as my Music director, I’ve seen a tremendous improvement in my playing style. And by just listening in on his Vocal trainings without even paying much attention, I CAN SING WELL TOO! I couldn’t even believe it. 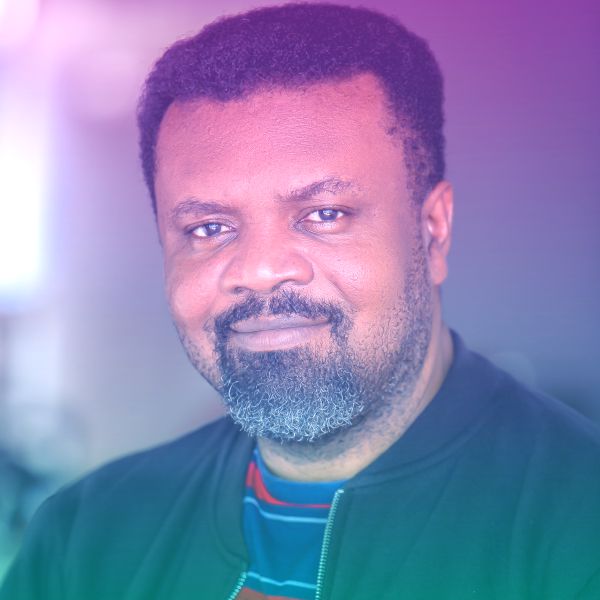 To say frank is gifted is an understatement. He is an exceptionally gifted vocalist and voice coach. He served as one of the music leaders in the church i pastored from 2006 and the choir, Elyon Praise under his co-leadership became a household name in the city. He also played a pivotal role in the songs arrangement and vocals in my wife’s live concert in 2012. His work ethics and research spirit is amazing and it’s no wonder he is as good as he is. He is such a blessing to the music industry. 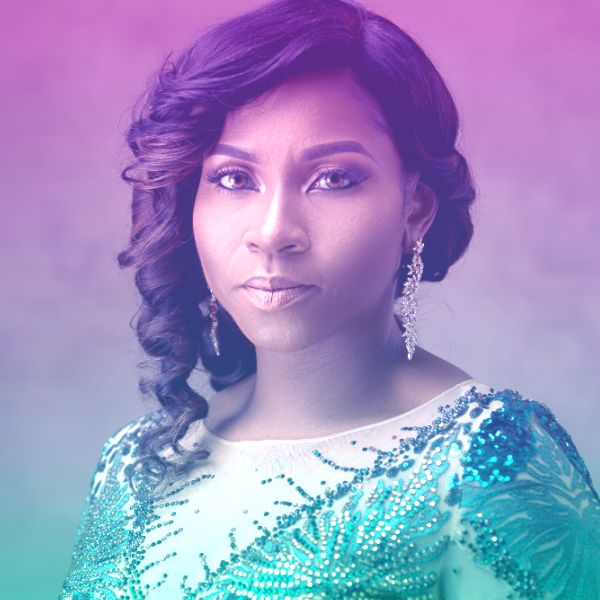 Frank is what you can call an all-round musical force. He is well versed in all the aspects of leading and directing a choir. His musicianship is also worthy of note
I had the pleasure of working with him at This Present House, where he was (and still is) the music director of one of the best choirs in Lagos, the Lagos Community Gospel Choir (LCGC).
The very first thing that caught my attention was that he insisted on doing warm up exercises for the choir each time, something that is not the norm in our choirs today, but is so highly crucial to the vocal health of choristers.
He is also a very versatile music director, having a vast knowledge of many genres of music, and most importantly, knowing how to infuse elements of these genres to create a masterpiece. A case in point is the masterpiece The Little Drummer Boy, where he infused elements of both Classical and Rock music so beautifully well! 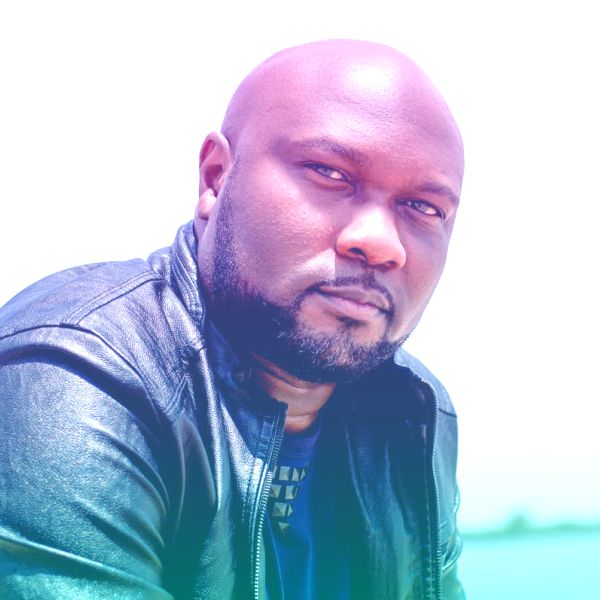 When I first met the man Frank Ohikhuare, He was so unassuming but I could tell he knew his onions by hearing his choir sing at an event we both officiated at.

Hours later i invited him to be a part of my yearly voice training for 2020 and he gracefully obliged!

The event held this year 2020 and I was not disappointed in any way; from his ability to keep to time to the fluid and easy method he adopted to teaching, I knew why they call him #kwayamaster: Frank is thorough and very simple in his delivery yet very effective. He is indeed a voice coach to look out for, he is not just a voice coach but I will say he is a musicologist as well. 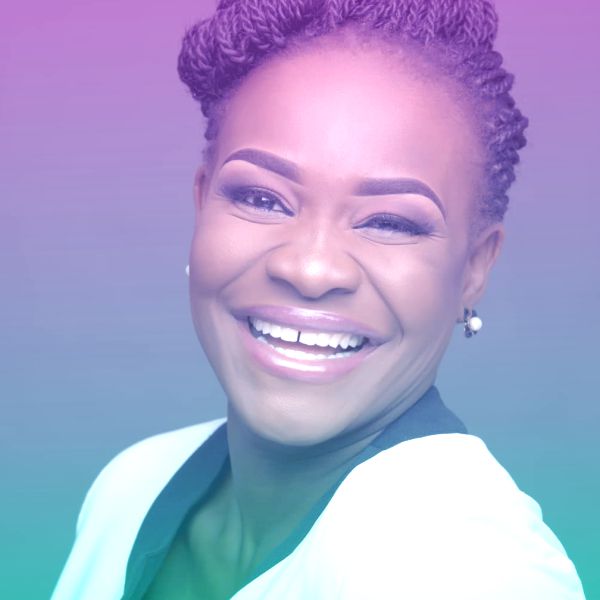 I’ll always be grateful to God for the day I met Mr Frank a.k.a Kwayamaster in His Home Church. We connected immediately and fastforward to a few weeks later, he was a part of our annual Concert in Delta State (Delta Yadah 2019), teaching and directing our Mass Choir. He just had to be the man for the job! His knack for Excellence is worthy of emulation.

In that space of time, I discovered him to be not just a super Voice Coach/Music arranger & Director, but also a highly disciplined professional. He pays attention to details, He is creative and very passionate about his craft.

He sacrifices for people a lot and he doesn’t give up. To know The KwayaMaster is to love him, and to be privileged to work with him is to get value for your time and resources!